and in other news... 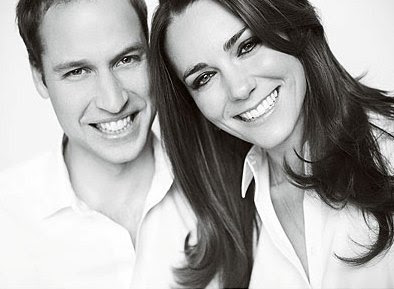 The Huffington Post ran a great article this morning that really spoke volumes. Credit Dan Rather for eloquently putting into words what a lot of Americans are thinking as they see the massive coverage The Royal Wedding is receiving this morning.


The next time you hear about another round of layoffs at a TV news division, the closing of a bureau, the decision not to cover a foreign story with full force, remember this week of silliness in April.
Remember the millions of dollars, hundreds of staff and hours of coverage spent on a wedding in London when crises around the globe and here at home festered. Remember the unseemly pas de deux between the press and a reality TV show huckster peddling racially-fraught falsehoods, as both interviewers and the interviewee seek a bump in ratings. And then please take a moment to remember the eight American soldiers and one contractor killed by an Afghan soldier at the Kabul airport in a war too easily forgotten. Remember the hundreds likely being killed in Syria and Libya, not to mention the death and unrest plaguing countries like the Ivory Coast, which almost never earn more than a mention on our most-watched newscasts. Remember those who have the least amongst us, struggling after more than a year of unemployment, a long commute they can no longer afford, or the diagnosis of a medical condition that could kill them and bankrupt their family. The networks couldn't ignore the devastating storms that killed hundreds in the South, but you had the odd juxtaposition of that news being delivered by anchors sitting in front of Buckingham Palace. There's always the question, is the audience chasing the news or the news chasing an audience? I have nothing against the royals or their wedding. It is a legitimate news story, a big event for one of America's most stalwart allies. We have had a lot of bad news lately, and if you are someone who finds this diversion interesting and exciting, then I think that's great. What bothers me is the hypocrisy. The idea that we can't afford to throw resources at an important foreign story, but can afford to spend this kind of money on a story like the royal wedding is just plain wrong. The idea that we can't break into regularly-scheduled programming for an address by the president is wrong as well. When the topic was the "Birther Story" (better referred from here on out by the first letters of those two words), the networks jumped right in. As a journalist, you like to be the one asking the questions. But it's time that some of our news executives gave some answers of their own.

[Source] The Huffington Post
Posted by A Financial Statement at 11:58 AM

Email ThisBlogThis!Share to TwitterShare to FacebookShare to Pinterest
Labels: Dan Rather