Some of the hardest hustlers from the "H".... 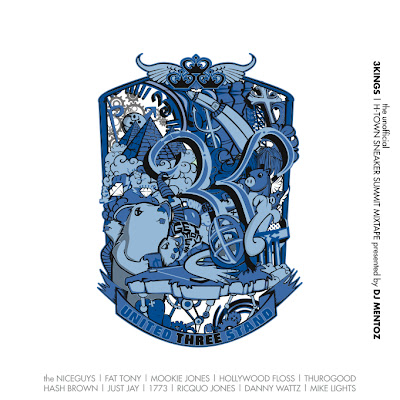 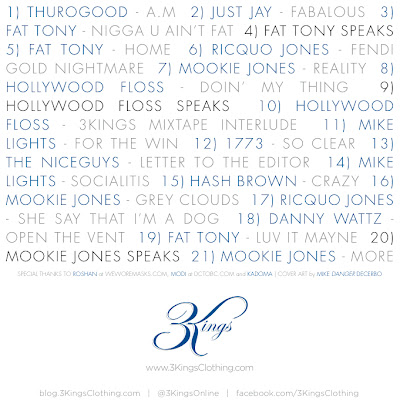 
"The internet world moves so fast that sometimes you miss the moment to talk about your favorite things because the time is over. I've never been one to process or filter information fast but it seems that's sort of the name of the game in this world. Much like style, music should be forever and not really matter when it comes out."

Having said that it's probably best you don't blink because there's a slight chance you may have missed this. In light of the H-town Sneaker Summit 3Kings x DJ Mentoz got together with some of Houston's up and coming rappers to put together the [Unofficial] H-Town Sneaker Summit Mixtape.

I'm not gonna lie like I have or had my ear to the street as of recent. Honestly, it's been real hard to listen to hip-hop as of late due to the infiltration of such non-sense that consistently pollute our airwaves. Let me explain before you have a cow...literally. Having grown up in the 90s has made me a harsh critic to say the least of music specifically hip-hop of today's youth. In no way do I consider myself an expert in music, but the bar was set so high with legends like UGK, A Tribe Called Quest, De La Soul, NWA, Tupac, and Biggie to name a few who churned out hit after hit during my time. Gone are the days when you could sit down and listen to a whole CD straight through due to the lack of substance in today's music. Nowadays, most listeners are looking for what I call "club bangers" which entail nothing but dope beats that lack lyrical substance. I'm not gonna lie like it's not catchy cause I'm guilty of this at times, but it often becomes too "gimmicky."  By no means am I saying that it's all bad (cause it's not), it's just safe to say the majority of today's hip-hop has been pure "crap" to put it nicely. Houston's been in real need of resuscitation in the music scene and I think this mixtape is the answer.

Props to 3Kings and DJ Mentoz for assembling these talented artists and producing an unbelievable mixtape that makes me proud to be from Houston. Each and every artist has their own unique delivery and for once am I in no need of a "club bangin" beat to keep me entertained. So if your looking for something to listen to that's not pure unadulterated crap and that has substance I suggest you download this mixtape. It's safe to say I'll have this on heavy rotation.

Posted by A Financial Statement at 2:19 AM