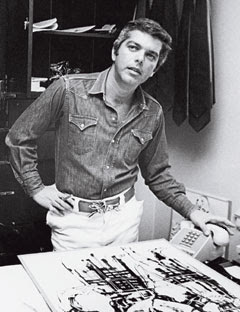 XXL takes a look at Hip-hop’s association with Ralph Lauren which includes several famed ‘Lo heads, like Thirstin Howl III, Just Blaze, Raekwon and 88 Keys. The article traces the start of Ralph mania in the hip hop community and just why the brand still resonates with that crowd today.

In 1967, Bronx-native and son of Jewish immigrants Ralph Lauren (born Ralph Lifschitz) begins selling neckties he’s designed under the name “Polo.” With no formal fashion training, he spends the 1970’s expanding the Polo brand to include women’s and men’s clothes that emphasize a classic American look marked by upper-class imagery. Polo goes on to become the flagship brand of a multi-billion dollar fashion empire by selling a lifestyle that would captivate hip-hop culture in the coming years.

Head on over to XXL to read the full article.

[Source] Selectism
Posted by A Financial Statement at 3:59 PM